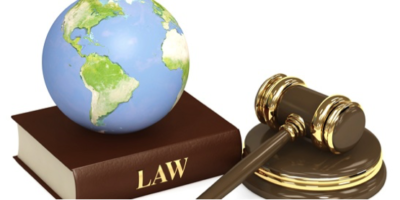 From time to time, I hear people advocating for an International Environmental Court. Their argument, as best as I can ascertain, is that environmental problems are unique and require heightened attention in the courts, tribunals and arbitration panels of the world.Of all the dispute resolution mechanisms currently available, the one most often used to provide a contrast to a potential Environmental Court is the arbitration mechanisms of the World Trade Organization (WTO).

From time to time, I hear people advocating for an International Environmental Court. Their argument, as best as I can ascertain, is that environmental problems are unique and require heightened attention in the courts, tribunals and arbitration panels of the world. Of all the dispute resolution mechanisms currently available, the one most often used to provide a contrast to a potential Environmental Court is the arbitration mechanisms of the World Trade Organization (WTO). The belief is that because the WTO is centered on trade, environmental issues must somehow be getting the short end of the stick when a trade dispute includes an environmental issue. I’ve written an article about environmental related arbitration at the WTO (you can read the article by clicking here). What I discovered is that arbitration at the WTO operates in a similar fashion to our court systems in the United States. Just as our courts are able to apply the law to any and all situations, arbitrators at the WTO can apply the appropriate rules and laws to any situation that arrives through the proper jurisdictional channels of the WTO.

WTO arbitration is somewhat limited in that it must make a ruling based on how certain facts are covered by a particular WTO agreement. Outside sources of law are only relevant if they clarify an ambiguity in the text of those agreements. It’s important to note that these rules were negotiated by the international community. The various WTO agreements include the General Agreement on Tariffs and Trade (GATT), Agreement on Trade Related Aspects of Intellectual Property (TRIPS), and the General Agreement on Trade and Services GATS). These are agreements between sovereign countries where they agree to be bound by the terms of those agreements. If the arbitrators do not have jurisdiction over the dispute as designated by these international agreements, they won’t take the case.

Obviously, this situation would lead to more problems. There needs to be a clear way to identify proper jurisdiction. Eventually a set of tests would develop in the courts that would clarify where the appropriate jurisdiction lies for various issues. However, this leaves this decision process up to judges and not to the sovereign countries. If an Environmental Court is to be created, surely the issue of jurisdictional conflicts would be spelled out in its originating text. Presumably, it would state that all signatory countries are hereby granting the Environmental Court primary jurisdiction over cases that meet certain criteria regardless of obligations through other treaties or agreements.

In the end, none of this discussion about conflicting jurisdictions is necessary in order to create the intended environmental outcomes desired by those who are in favor of an Environmental Court. Alternatively, there are only a two steps that are necessary to achieve the strong environmental source of law that they desire. First, we need to define the environmental law that we wish to be enforced. Second, we need to make sure that all dispute resolution mechanisms that have currently have jurisdiction over cases that invoke the environment are empowered to give preference to these new laws over any other source of law. In regards to the WTO, we only need have the various WTO agreements amended by the countries that are signatories to the various agreements.

Many people might point out that it would be difficult to have all the signatories of GATT, for example, agree change GATT in a way that gives environmental protection more importance in relation to free trade. But this wouldn’t be any more difficult than it would be to create an International Environmental Court. The reason is simple. The same countries that are signatories to GATT are, for the most part, the same countries that would need to be signatories to an Environmental Court if that court is to have any relevance.

In the end, I argue that it is much better to integrate changes to environmental law into existing legal mechanisms rather than to carve out a special niche for the environment. After all, the entire topic of sustainable development is centered on the idea that trade and the environment are inherently intertwined. GATT already has environmental exceptions built in through its Article XX. As my paper points out, the history of arbitration over the application of Article XX demonstrates that the arbitrators have interpreted the text of GATT as allowing environment protection at the expense of trade; except when it was apparent that a county’s environmental regulations were applied as a disguise for protectionism or when a country was not willing to work with the other party to try to find a less trade restrictive policy that would equally achieve the intended environmental objective. These guidelines that must be met to impose environmental restrictions on trade were not created in order to favor trade over the environment, but were designed to encourage fairness.

Any current deficiencies that might exist are not a product of the available choices of jurisdictional venues. The problems can be found in the laws available to the current judges. In order to have some different legal environmental outcome than what is currently being experienced in courts and tribunals, international law needs to be able to draw from some new and different environmental based treaties and agreements. If there were an actual basis in environmental law somewhere that was sufficient to please those who propose an Environmental Court, they could just present the current environmental laws to a judge and get the result they want. However, they are not satisfied with the outcome.

There are three possible reasons the current mechanisms aren’t satisfying them. One, they failed to clearly articulate the current environmental law to the judge and effectively tie it to the facts of the case at hand. Two, the judge ignored the law. Or three, the law does not actually exist as they hoped it did.

Judges are generally fair. We may think they didn’t correctly follow the law, but in reality, there are other reasons that explain people’s dissatisfactions. First, we tend to be biased and interpret the vague laws in our favor and insist that the laws are crystal clear. Second, perhaps the judge found legally sound reasons to rule against us, even though sound decisions could also be made the other way. What we are left with is that those who are dissatisfied with the status quo in environmental law to either change the laws to make them stronger for the environment or find judges that have an environmental bias.

If we analyze the text of any international environmental agreement, we can often find text that matches almost word for word text that is found in GATT. This is because it’s the same parties who are doing the negotiations. They don’t want to undermine their trade agreements. Therefore, any rulings that come out of the WTO reflect this balance between trade and the environment that exists not only in GATT, but also in several major environmental treaties negotiated through the UN processes.

This gets us to the core reason why the push to create an International Environmental Court is misguided. It attempts to pretend that environmental issues can somehow be isolated from all other issues. The proponents believe that a dispute resolution mechanism that exists in the World Trade Organization is not capable of effectively applying environmental rules in the context of a trade agreement. Perhaps GATT should be modified to create more emphasis on the sustainable component of sustainable development. But the proper next step is not to blame the venue. The WTO arbitrators are simply the messengers who, through their rulings, articulate the negotiated objectives of the international community.